March 13, 2015
This is a post I've been sitting on since before Christmas. Shortly before Christmas, in fact, as I browsed the various gift sections that pop up in our department stores in the run-up to the festive period.

I'm terrible at shopping for gifts. My eye is inevitably drawn towards things related to my own interests - sometimes things I would like to own myself, but more often simply merchandise attached to properties in which I am invested, because it is nice to see things you love doing well. So this year I noticed this: 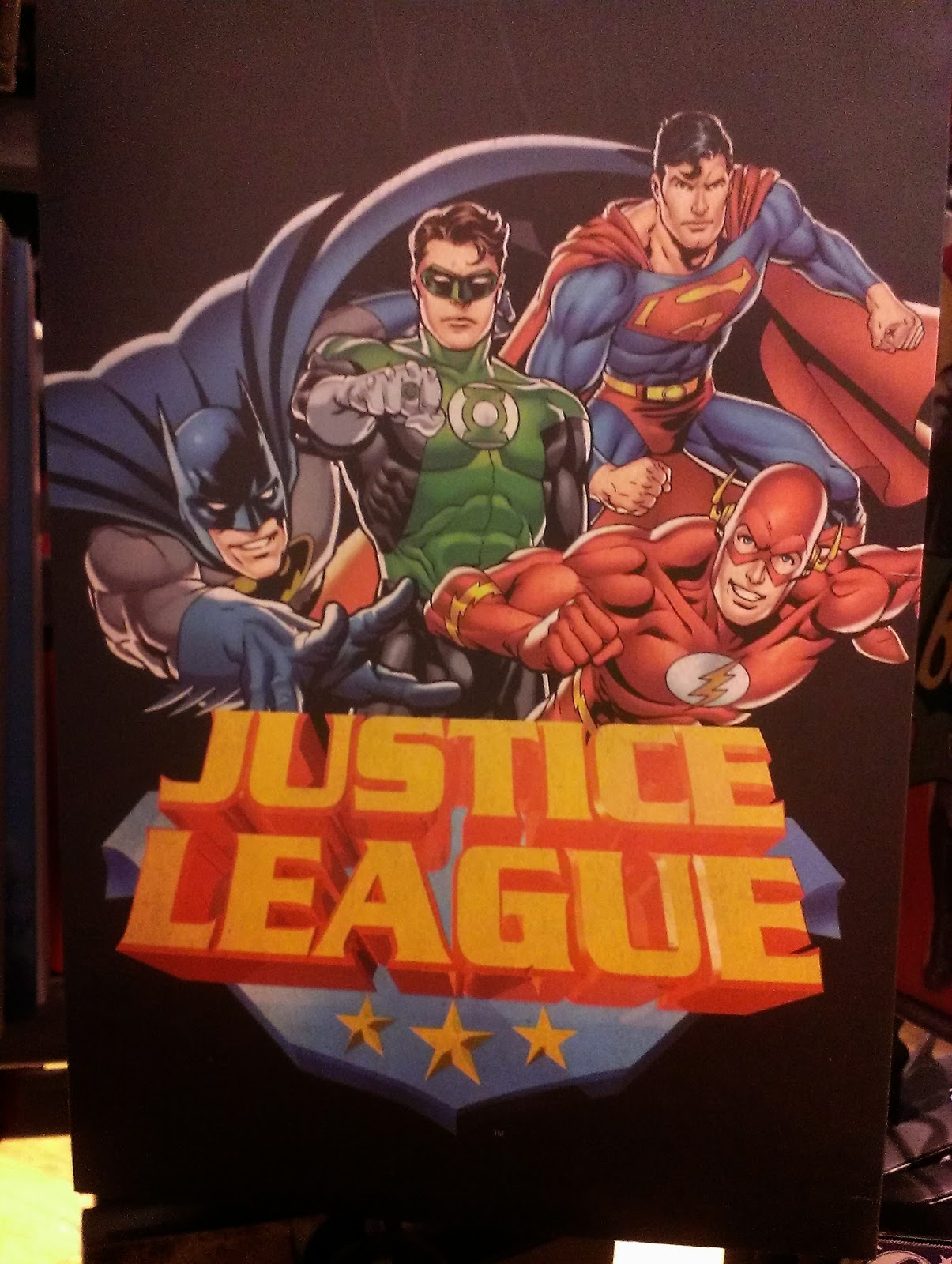 A smart box for a T-shirt featuring the Justice League! Not bad, quite dynamic art, though it's odd to see Batman smiling, and of course they're the pre-New-52 character designs, but that's sort of expected for a mainstream product, they have to go with the iconic, public-consciousness images rather than whatever they happen to be wearing this year. After all, these are men who -


That's just the box, though, surely the T-shirt inside has more than just the Justice League of Straight White Men? 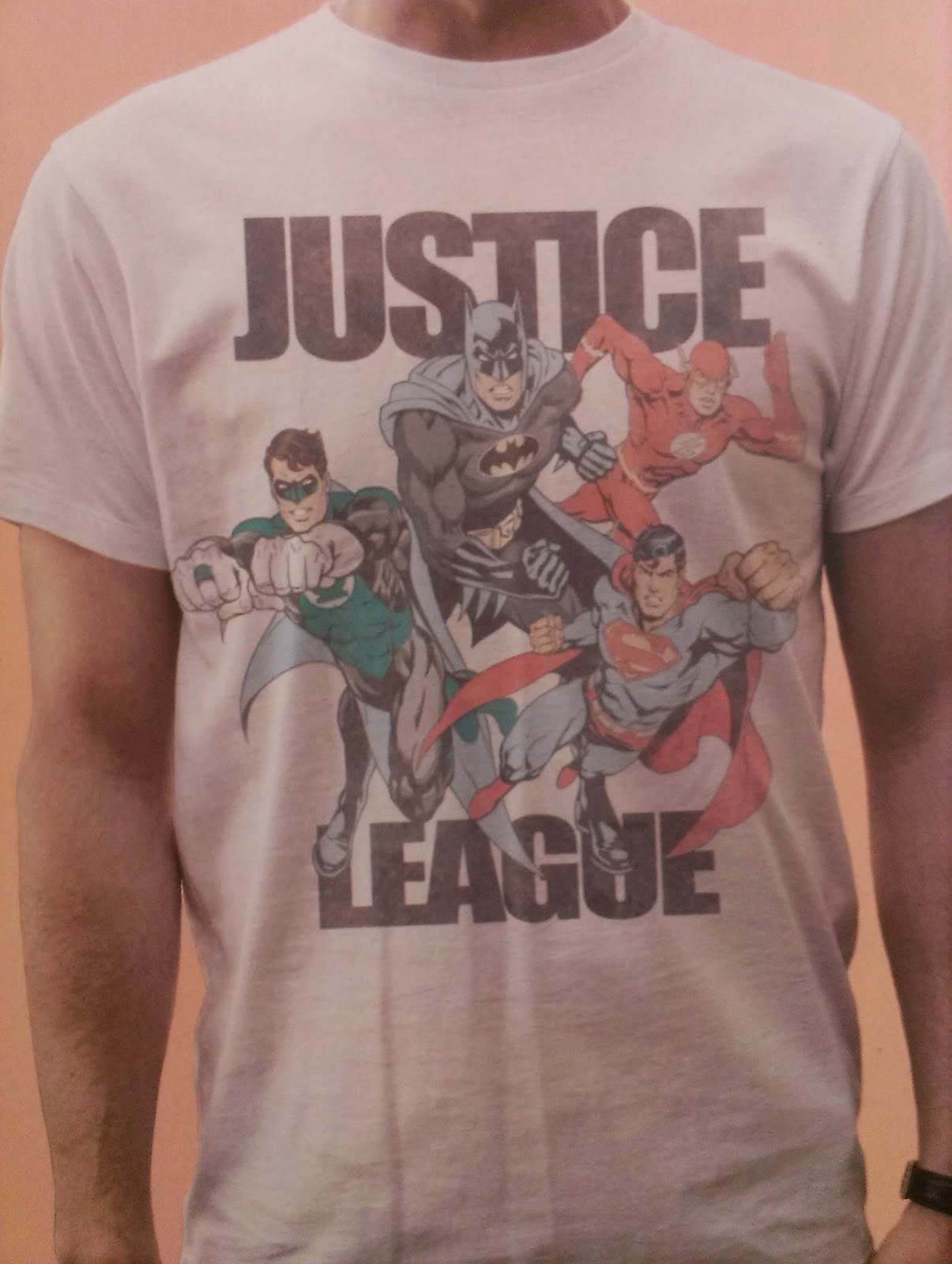 Huh. I guess not.

The Justice League has something of a, ahem, coloured track record when it comes to diversity. At any time it tends to be one of two things - either a star-studded Olympus gathering of household names, or a more modest collection of obscure or original characters (as some might say, the JLA in name only). I suspect this is largely because writers grow annoyed at the constraints of sharing such prominent characters, unable to impose any development of their own whilst forced to incorporate the whims of the writers of their own series. Naturally, the instinctive reaction is to draft or create characters who have no such limitations. Still, it must be acknowledged, it's during these periods of relative obscurity that the League has enjoyed the most diversity.

Because the most popular characters have been, and still are, primarily straight white men. This is in part because the comic-book industry has its roots in the 1940s, and in part the same kind of self-fulfilling prophecy that drives down the rest of the entertainment industry. But in my mind this is no excuse for representing the Justice League as these four characters. Even at its least diverse, the League has always - to my knowledge - had at least one Y-chromosome-deficient member, whether it's Wonder Woman, Black Canary, Vixen, Zatanna or Smurfette.

So this can only have happened if someone intentionally sat down and decided, Wow, what this T-shirt really needs is four white dudes, and nobody else.

And it's not a question of whether This Sort Of Thing should be allowed, as such. It's more about why anyone would want to do that in the first place. Why, out of all the characters in the League's rich and varied history, those four? They're not even the biggest names - Wonder Woman easily beats out Green Lantern and Flash for brand recognition here in the UK (and I would hazard a guess that she does in the US as well, though comic book characters have a generally higher profile over there). It's possible there were licensing concerns (maybe Wonder Woman was just too darn expensive?), but honestly, I think the designer just went, "Who likes superheroes? Guys like superheroes. Guys don't want to be walking around with no chicks on their chest. NO GIRLS GRRRRR."

With all of this in mind I looked around the other superhero-themed gifts to see if this carried forward. Most of them only carried a logo (usually Batman or Superman). To my surprise the packaging for the Superman range was pretty much covered with women: 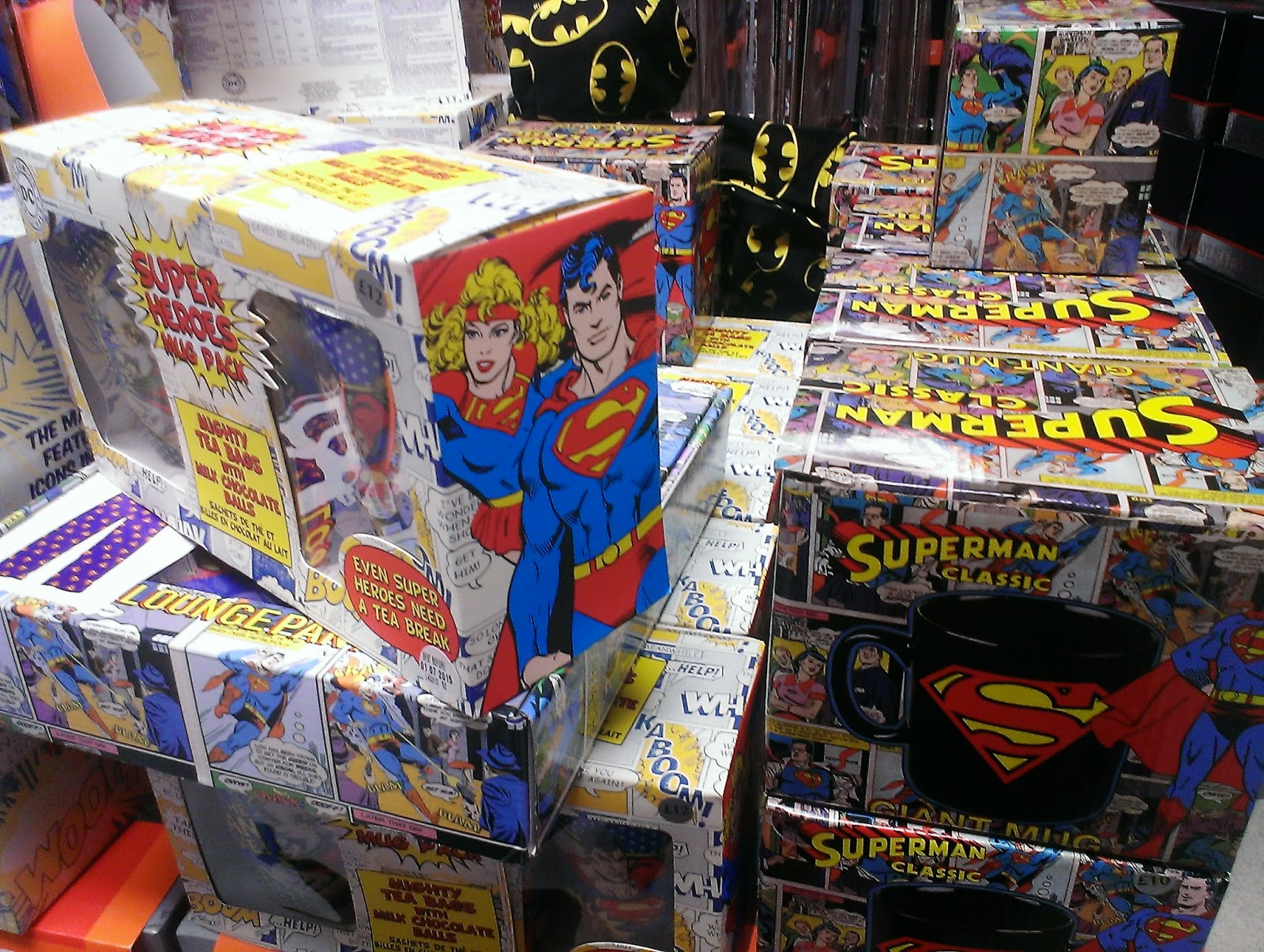 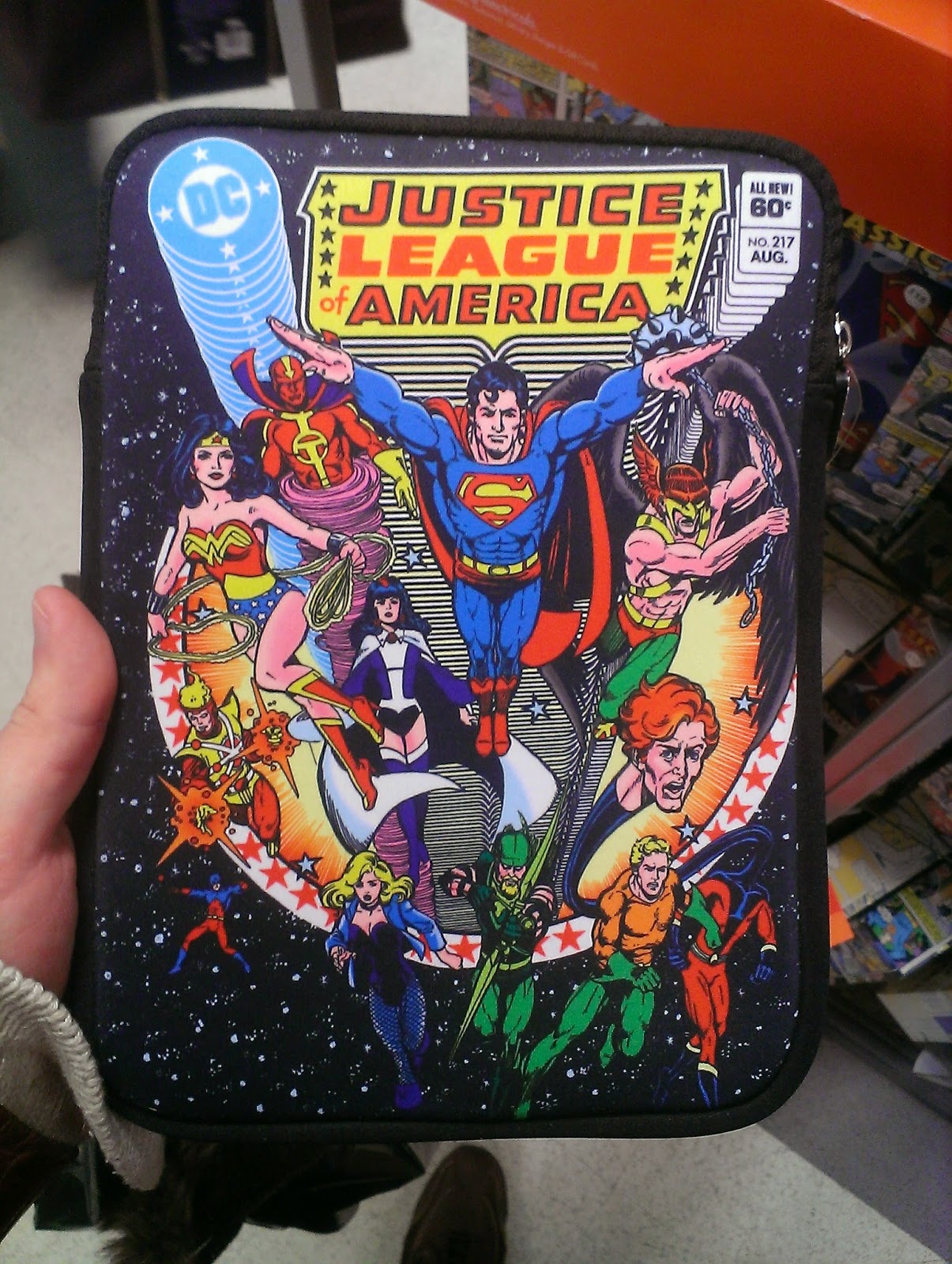 Unfortunately I do not have any photographic evidence of the lack of diversity in other Justice League products, because I am an idiot, but also because Justice League merchandise is relatively thin on the ground here in the UK. I did take a picture of the one JLA item I actually found featuring women (right), which was sort of unavoidable because it was a pencil case featuring a cover from an actual comic book (#217, from August 1983). Apparently there is only so far that merchandise producers are willing to go to remove women from things that they think only boys (or men) will want to buy.

Though, you know. Still no brown people.
comics