Showing posts from January, 2013
Show All

All things must end 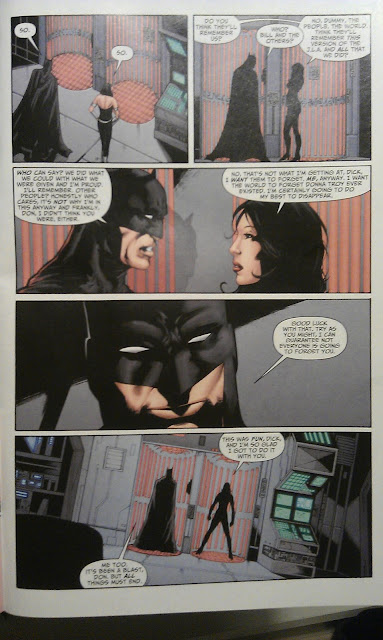 I've moved house recently and as a result have been sifting through my old comics. And as a result I have been reading a lot of old comics. (Something my shift to digital will rob me of. But I'll treasure the resultant shelf space.) This has reminded me of something I meant to discuss about a year and a half ago. In October 2011, DC Comics rebooted their fictional universe. Some series were restarted from scratch, while other ones carried on more or less unchanged - albeit with minor background modifications or knock-on effects from other, more substantial revisions. (Green Lantern is the most unsettling one, as it carried on without missing a step ... But it soon became apparent that the Superman comics had decided the Death of Superman arc was no longer canon, effectively removing Hal Jordan's tenure as Parallax and Kyle Rayner's entire origin. Sticking-plaster patches are slowly being introduced, though I'm still not sure how Blackest Night played out. But I di
Post a Comment
Read more
More posts